Songs in the Key of Stevie Wonder 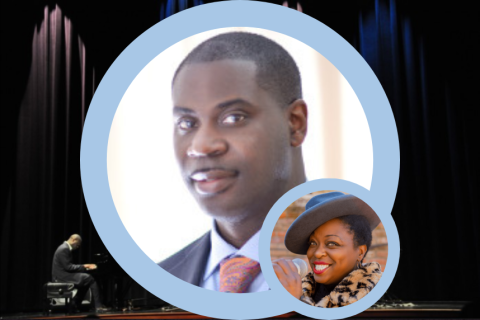 James Austin Jr is an accomplished jazz pianist and bandleader who hails from Chicago, IL. He has honed his craft under the tutelage of a number of legendary jazz musicians including extensive study with Barry Harris, who is widely regarded as one of the greatest jazz educators of all time. James’ musical achievements include being honored as a featured performer and semifinalist in the prestigious Thelonious Monk International Jazz Piano Competition.

Austin has curated and led the NJPAC Jazz Jam Session series since its inception. Songs in the Key of Wonder, James’ debut album, showcases his tasteful instrumental arrangements of a selection of classic compositions from the songbook of the great Stevie Wonder.

Vocalist Alicia Renee aka “Blue Eyes” is a native of Flint, Michigan who is currently based in New Orleans. She has been singing and performing nearly all of her life (starting at the tender age of 2). Accomplished in a variety of musical genres including jazz, blues, and R&B, Ms. Renee has toured with The Last Poets, Jessica Care Moore, Dwele, Killah Priest & Buddha Monk (Wu Tang Clan), among others.